Create an Account - Increase your productivity, customize your experience, and engage in information you care about.

The San Patricio County Appraisal District (SPCAD) is responsible for determining the taxable value of all real property in the county. SPCAD provides maps to illustrate the basis for appraisal values grouped by neighborhoods.

Use the Neighborhood Code Map to find your neighborhood from the following:

Taxing entities like the City of Portland, use the taxable value of properties to set tax rates and generate tax revenues. The City needs that information to establish an annual budget. The chart below shows the process. 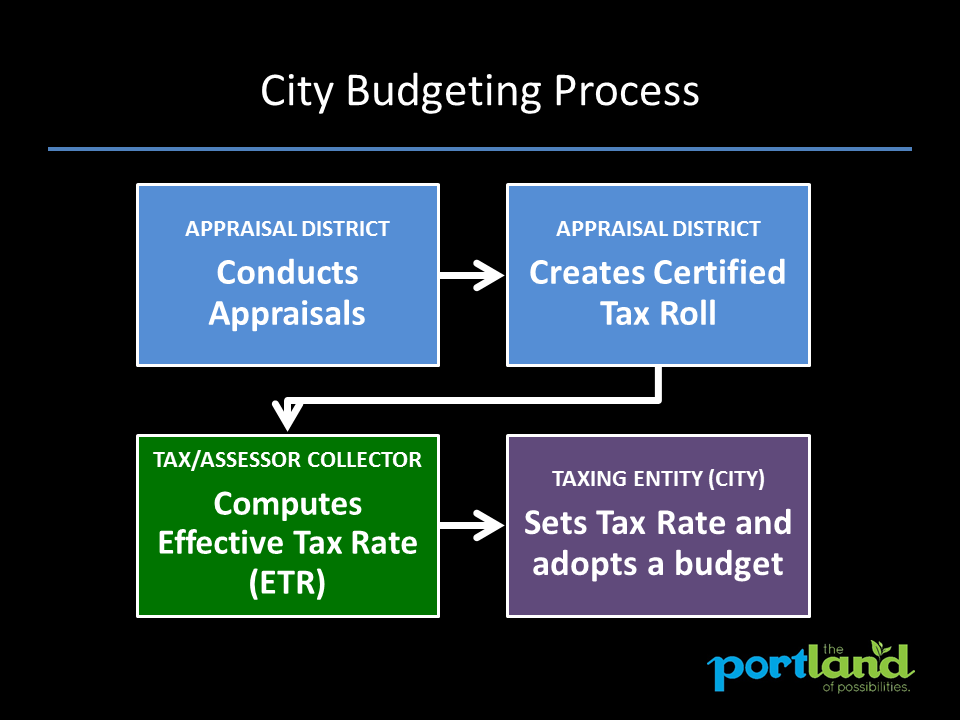 The Effective Tax Rate (ETR) is the tax rate that would generate the same amount of revenue as was generated in the previous year. Generally, when tax appraisal values go up, the effective tax rate goes down, and vice versa.

If the total appraised value of all properties in Portland were to increase one year, the ETR in the following year will be reduced so that it generates the same amount of tax revenues. For example, in 2015, the average taxable value of a home in Portland increased from $156,498 to $163,296. That reduced the tax rate in 2016 from 60 cents to 52.9 cents.

View information about understanding and calculating your property taxes.